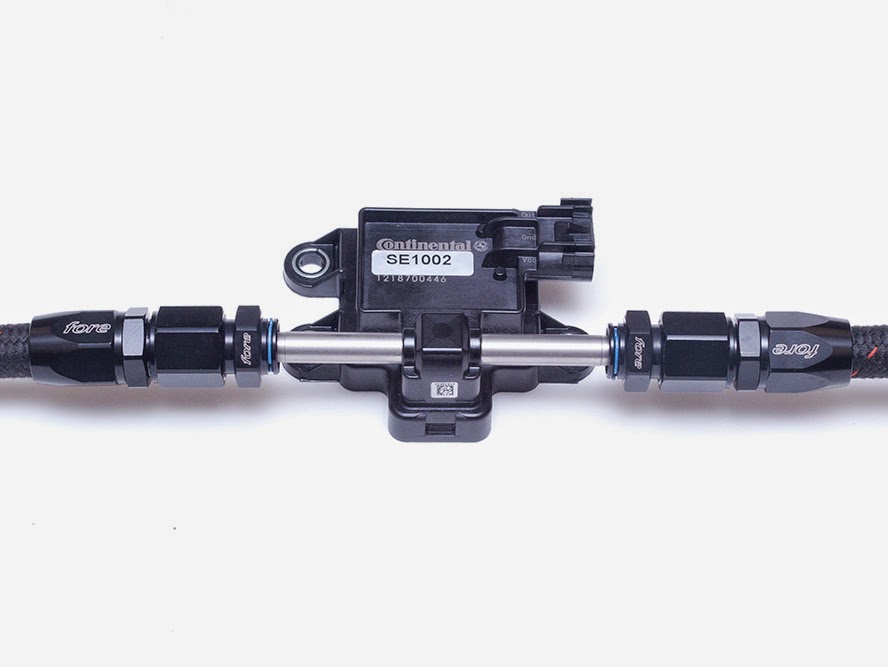 Flex fuel sensors are becoming more popular in the aftermarket. Naturally, performance enthusiasts speculate these "OEM" style sensors could be a flow restriction when used with a built fuel system.

There is plenty of internet chatter about sensor "flow rates" and some companies are even selling elaborate sensor bypass arrangements because of the "restriction" in these sensors. However, nobody provides any test data to validate the effectiveness of their product.

We called one of the leading suppliers and integrators of these sensors and asked for performance data. Surprisingly, they didn't have any data either, but they assured me that plenty of "high power" cars run their sensors. To validate their claim, we decided to test ourselves. Test results follow (GM #13577394) 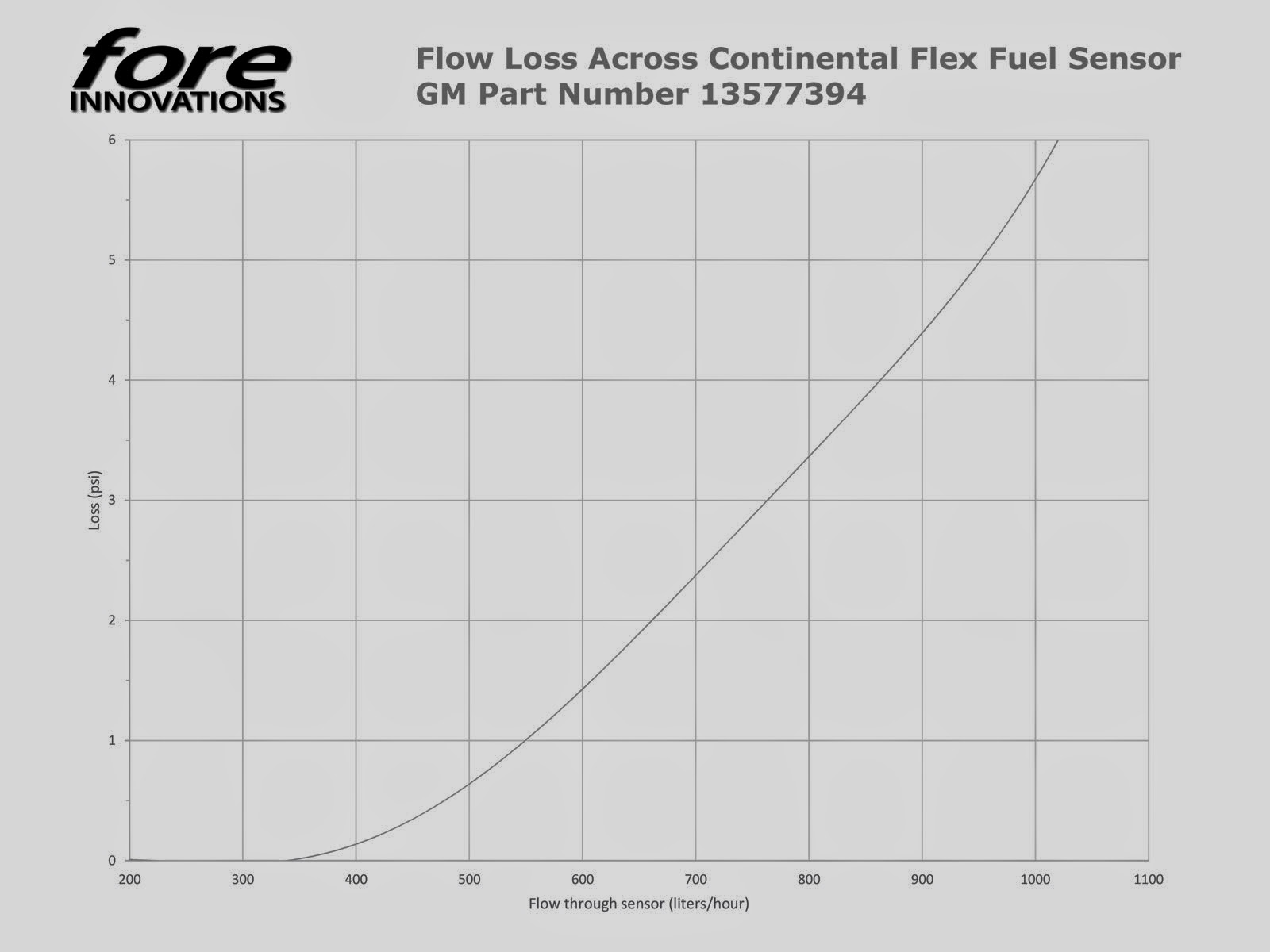 Looking at the results, we can see that a fuel system delivering 600 lph will have a ~1.5psi loss across the sensor. For perspective, 600 lph of fuel is similar to (actually less than) maxing out eight ID1300s and/or two TI Auto F90000267s on a fuel system providing 43 psi base pressure with 30 psi of boost.

Question:  How will a 1.5psi loss affect the 600 lph fuel system?
Answer:  Less than 10 liters/hour...and this car is probably putting down four digits to the wheels.

It is reasonable to say any returnless fuel system (mechanical or electronic) is not going to max perform eight ID1300s and dual F90000267s. In fact, most returnless cars probably use less than 400 lph, which barely registers a loss on the sensor we tested. If you fit this criteria, don't waste your time and money with y-blocks and bypass lines...there is nothing to gain.

From an installation flexibility standpoint, you may install the sensor in one of the distribution lines that goes to one of the fuel rails with no detrimental affects. (flow through the sensor is cut in half)

One warning here--many returnless cars have in-tank filters, which are usually not E85 compatible, so check before you think about running E85 in your returnless fuel system.

Built return fuel systems take a "ground up" approach to maximizing fuel delivery, and the measured losses are definitely a problem if used in the feed line on our high end fuel systems. The alternate sensor location is the return line, which could potentially induce a regulation error. Good news: we tested this sensor on the return line from an F2i regulator and picked up zero additional regulator error over a 240-1200 lph bypass range. FYI, here is the regulation error of our F2i, which is excellent. (don't expect these results from other brand regulators) 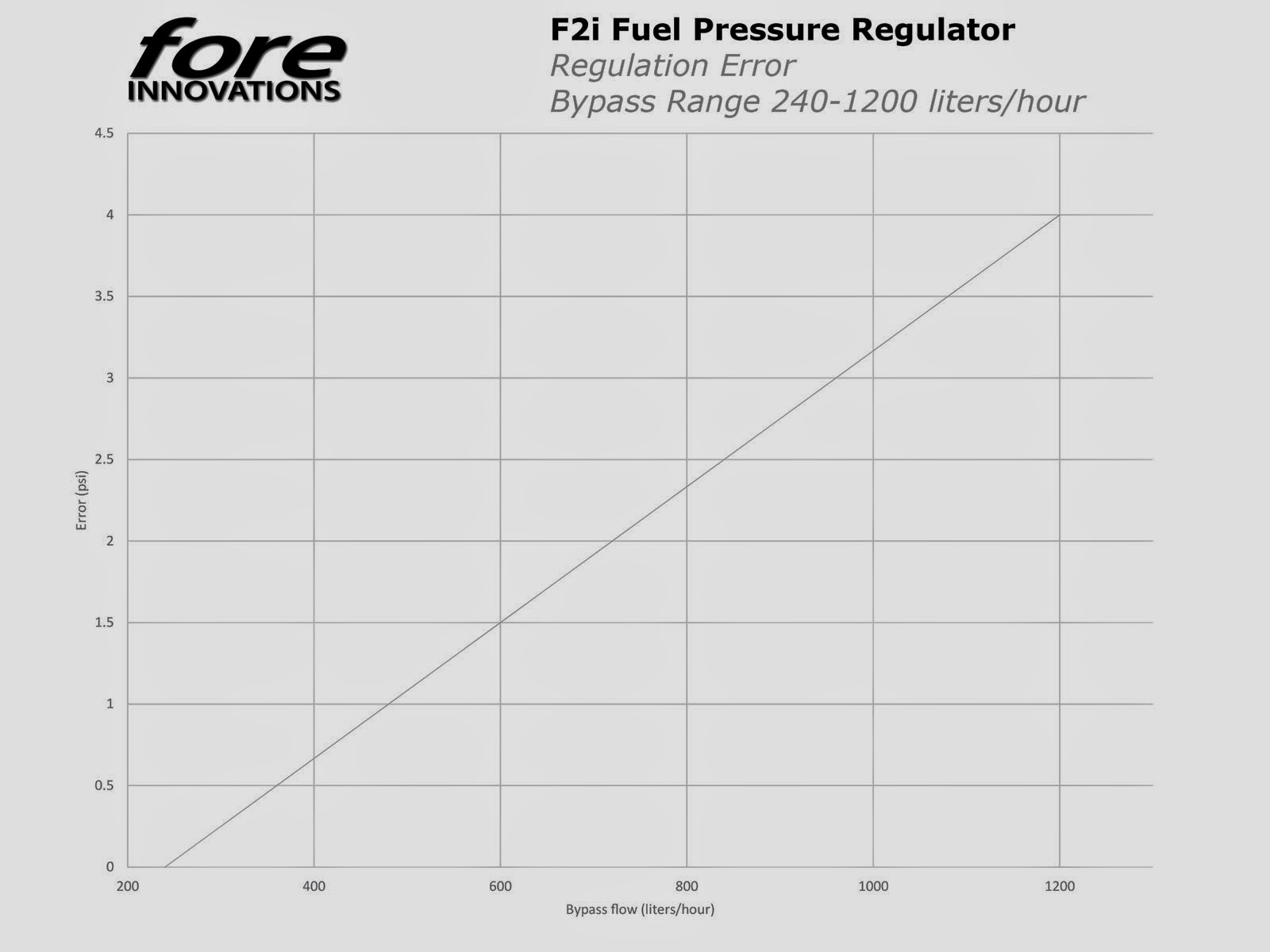 Posted by Fore Innovations at 11:28 AM No comments: